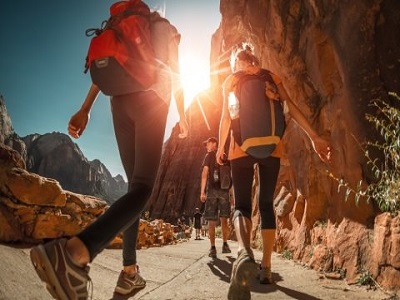 It’s time to warm up your vocal cords and sing a rousing round of “Happy Birthday” because the Grand Canyon National Park turns 100 this month! While the Grand Canyon itself has been around for millions of years (although scientists aren’t exactly sure how long), it was an act of the United States Congress on February 26, 1919, that established it as a national park.
Theodore Roosevelt started lobbying for its preservation in 1903, saying, “You cannot improve on it. But what you can do is to keep it for your children, your children's children, and all who come after you, as the one great sight which every American should see.”
Today, many Americans and tourists from all over the world travel to see such wonder. Since 2010 on average, the park takes in over 5 million visitors each year, with June through August being the most popular months for visitors. Visit nps.gov for more information.